Sunday, discovery+ debuted Jack Osbourne's Night Of Terror: Bigfoot. Barbra wanted to watch it because she likes watching things about Bigfoot. So we watched it Sunday night.
Later on that night, I was going to be doing a few things and wanted the TV on in the background. I was flipping channels on Dish and came upon a Bigfoot special (or two) that was going to be at least two hours long. I think it was on the Discovery Channel. So I left it on that channel for a bit as I did a few things.
Later on still that night (which was by now the early morning), I was lying on the bed and flipping through HBO Max. I came upon Super Friends, which I haven't watched in years. I flipped through the seasons and picked an episode at random to watch. I didn't think I would watch the entire episode, just a few minutes or so of it. I started playing the episode. It showed the opening credits, and then the title card to the first story of the episode. And of all things, the name of the first story was: BIG FOOT!
This particular season of Super Friends had like three stories per episode, and the HBO Max screen that showed this season's episodes also listed the titles of each story beside the episode numbers. So there were a lot of titles of stories of episodes on that screen, which is why I didn't even notice the name of this story at first. As a matter of fact, I think I may have even noticed the names of the second and third stories of this episode, just not the first.
So after a night of watching Bigfoot shows, I pick an episode of Super Friends to watch that just so happens to be about Bigfoot. FREAKYYYYYY!!!
Posted by Tracy Walters at 12:27 AM No comments: 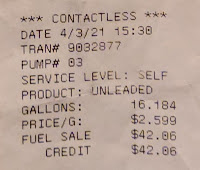 It's Company Convenience time; and it's for the longest time ever

It's the most wonderful time of the year: Company Convenience time! Last spring & summer during Company Convenience time, we only got two weeks or so off at a time. This was because the pandemic was just starting, and stores at first weren't placing any orders, and then later they started ordering to make up for it. But this year, we're back to getting our full time off. And it's going to be for eleven-and-a-half-weeks, the longest period of time off we've ever had! I'm about a week into it now, so I still have a little over 10 weeks off left! Yee-haw! 😁
Posted by Tracy Walters at 5:14 PM No comments:

Company Convenience: right on time for a mini-vacation!

Yep, that's right, it's Company Convenience time again. Perfect timing, too, since we're visiting Branson, MO, this weekend for Labor Day weekend. So I'll be plenty rested for our little mini-vacation, both before and after!

Posted by Tracy Walters at 5:10 PM No comments:

I'm on Company Convenience again! It started last Thursday and we're scheduled to go back to work Monday. That means I'll be getting unemployment pay plus that extra $600 for this week! 😊 But we're supposed to call work Friday and make sure that we're still scheduled to go back Monday. If not, we're supposed to call in every work day afterwards until they tell us to come in. Here's hoping I don't have to go back to work until next Thursday, because then I will only get two days of work in next week, which means I'll get unemployment pay plus that extra $600 one more time! 😁
Posted by Tracy Walters at 9:09 PM No comments:

Usually every year, I get Company Convenience from May to July.  But this year, I've been getting time off from work on occasion since the end of March due to the coronavirus.  This week I got off from work and it was the first time it was officially called Company Convenience.  All the other times it was called furlough for Covid-19.  Hey, I didn't care what they called it, as long as I got time off from work!  😀
Posted by Tracy Walters at 11:34 PM No comments: 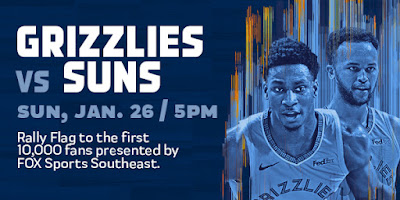 Shortly before the game, we learned of the death of Kobe Bryant in a helicopter crash earlier that day.


We got upgraded seats after we got to FedExForum, but we were all spread out!

Right before the game, the Grizzlies had a moment of silence for Kobe Bryant.  We heard before the game that at the beginning of the Raptors/Spurs game that day, both teams had taken 24-second shot clock violations to start the game to honor Bryant's #24.  I wondered if the Grizzlies & Suns would do that, too.  So sure enough, after the Grizzlies won the tip, they let the 24-second shot clock expire.  Then the Suns inbounded the ball in the backcourt without advancing it to the frontcourt.  I was thinking, "They're going to get an 8-second violation for not advancing it, why aren't they advancing it?"  Then I realized what they were doing: they were honoring the #8 that Bryant wore at the beginning of his career.  Then the crown chanted, "Kobe!  Kobe!"  The game clock also went out for a short while after the two violations, but I don't know whether it was part of the tribute, or if they were just having technical problems. 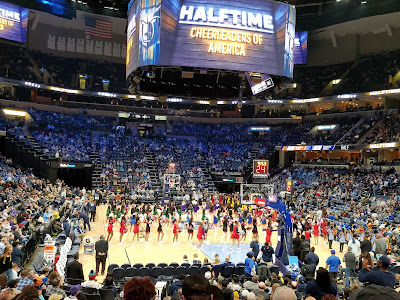 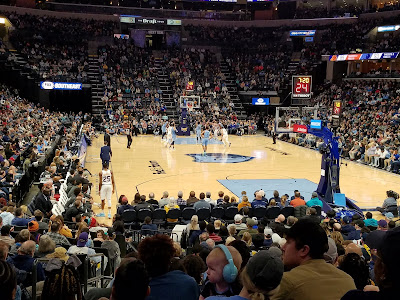 Posted by Tracy Walters at 6:18 PM No comments:

Posted by Tracy Walters at 12:10 AM No comments: